I swear I am not neglecting Triumph. I love Triumphs! I have had quite a few and even own a 1978 Spitfire at the moment. So, for our Video of the Week (VotW) let’s turn our attention to the Triumph TRs. The Triumph Story is a bit soft in the sound department, so you may need to turn up the volume a bit. But, this history of the maker of is definitely worth the watch.

The Triumph Motor Company was one of the best-known names in British car and sportscar manufacturing. For many, those who weren’t MG’ers, cars like the TR4, 6, and Spitfire defined what a sportscar was. The Triumph marque is owned currently by BMW but no cars are being produced under the nameplate. Note that the name is distinct from Triumph Motorcycles which are in production and doing just fine, thank you. Also of note is that although the brand was brought in together with others from British Leyland such as MG and Jaguar, this was split back out and all of those brands are back in various assorted corporate hands.

Triumph cars had its origins in 1885 when Siegfried Bettmann (1863–1951) of Nuremberg initiated S. Bettmann & Co and started importing bicycles from Europe and selling them with his own trade-name in London. The trade-name became “Triumph” the year next, and in 1887 Bettmann was joined by a partner, Moritz (Maurice) Schulte, also from Germany. Beginning in 1889 the businessmen started producing their own bicycles in Coventry, England. 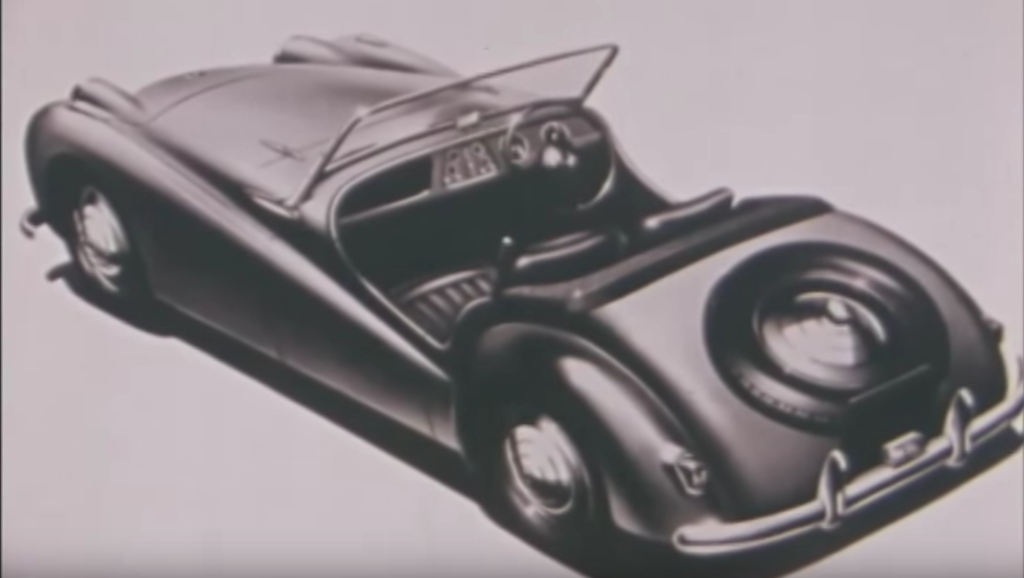 In November 1944 what was left of the Triumph Motor Company and trade-name were bought by the Standard Motor Company and a subsidiary “Triumph Motor Company (1945) Limited” was formed with production transferred to Standard’s factory at Canley, on the outskirts of Coventry. The pre-war models were not revived and in 1946 a new range of Triumphs was announced, starting with the Triumph Roadster. The Roadster had an aluminium body because steel was in short supply and surplus aluminium from aircraft production was plentiful.

In the early 1950s it was decided to use the Triumph name for sporting cars and the Standard name for saloons and in 1953 the Triumph TR2 was initiated, the first of a series that would be produced until 1981.

November Contest – The One That Got Away

Note: This contest is now closed! So, our November contest? Well, think about this. We all have those stories, those used-to-haves or near misses. We all can tell tales of “the one that got away.” Sometimes they are cars that would now be worth wheel-barrows full of money. Sometimes they are cars that saw us through tough times or good times or were just near and dear to our hearts. There are cars that we had that we had to let go of due to growing families, or career changes, or simple changes in fortunes. There are other cars that we almost bought but that slipped through our fingers or were snatched from our grasp. I used to have a yellow Triumph TR250. Sure it needed work, but it was solid and fun. But this was 1987 when I was […]

VotW – A Triumph TR3A to Warm Up a Cold Morning

Instead of using caffeine to wake you up, how about a nice brisk morning drive in a beautiful Triumph TR3A? Via the fine folks at Petrolicious, our Video of the Week the go rounds is titled “A Triumph TR3A to Warm Up a Cold Morning“. Another soft spot for me since I once owned a small-mouth TR3, although admittedly I sold it before the was put back together enough to see road time. Michael CarnellEditor at Just BritishMichael Carnell is the editor and founder of the Just British Online Motoring Magazine. As a lifelong British car enthusiast, he has owned or driven British cars of all ages from Austins and MGs to Jaguars and Triumphs. He currently owns a 1966 Vanden Plas Princess 1100 and a 1977 MGB. But there is always room for more – no matter what his […]

An interesting article from The Yuma Sun …. Stan Gourley is a man who obviously loves cars, particularly his 1970 Triumph TR6. The car sits in his garage, partially restored. “You know,” Gourley said, looking at his jasmine yellow car, “it’s really sad to think that in 20 or 30 years this TR-6 would probably be a Chevrolet Camaro or a Pontiac GTO or an Oldsmobile 442.” Gourley, a man who knows British sports cars, explains that he thinks what happened to the British Leyland Co. back in the ’70s and what is occurring to General Motors now is too similar to be ignored. “They were a giant company that dominated the market for British cars in the ’60s and ’70s, but then they had real labor problems, the government nationalized the companies, then guaranteed billions of dollars in bailout […]