According to the Economic Times, the new Lotus Evora is the best car to ever roll out of a Lotus factory. After thirteen years Lotus has finally added a new model to its existing line-up of exotic machinery like the Elise roadster which came in 1995 and the Exige, which was a coupe version of the Elise. The new model is called the Lotus Evora and the British car-maker has been working on this project for past five years. 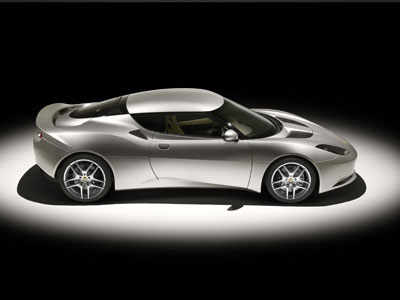 It is the only mid-engined 2+2 sportscar currently in production and it is the first model out of the three that the company plans to launch under its five year strategic plan. The bosses at Lotus have been extremely excited about this new car and some of them also commented that this is the best car ever to roll out of the Lotus factory.

The 3.5 litre V6 motor, sourced from Toyota, as installed in the Evora pumps out 280PS of power thrown at 6,400rpm and 342Nm of torque developed at 4,700rpm. The mid-mounted transverse engine is packed inside a modular lightweight bonded aluminum chassis and the steering on the Evora is hydraulically assisted.

Read more of their review at The Economic Times.

The British automobile manufacturer Lotus is recalling its Elise and Exige models over potential fire risks or crashes, due to an oil leak issue. The models produced in 2005 and 2006 have been reportedly subjected to an immediate recall by the company. As slated, in July, the National Highway Traffic Safety Administration had opened a probe into these Lotus cars to investigate oil cooler leaks for the Elise and Exige models that were manufactured between June 1, 2004 and November 30, 2006. With 17 complaints from the owners of the vehicles reporting oil leaks onto the right rear tires, which resulted into handling problems and a fire incidence as well, the investigation finally triggered a recall announcement from the company. As per the NHTSA official site, the owners of the affected vehicles may contact Lotus at 1-800-245-6887 and get their […]

Niche sportscar manufacturer Lotus has scooped a ‘best driver’s car’ accolade for its Evora model. The award, from Autocar magazine, followed assessment on road and track around the South Downs and the Goodwood race circuit. Lotus beat off competition from Aston Martin, Nissan, Porsche, Audi, Lamborghini and Jaguar. The mid-engined 2+2 Lotus Evora combines a super stiff extruded and bonded aluminium chassis with vehicle dynamics knowledge employed to tune its race-car derived double wishbone suspension. Roger Becker, vehicle engineering director for Lotus, said: “The dynamic ability and driving experience of the Evora were the foundation of the engineering process and we are delighted that Autocar has recognised this by giving the Evora this accolade. The Evora offers the great Lotus driving experience in a very comfortable, practical, refined and efficient package, and with only 205 g/km of CO2 it shows […]