The shortlist for The Classic & Sports Car Show’s ‘A Century of Supercars’ global poll has been confirmed, with 33 of the world’s fastest and most pioneering speed machines whittled down to 11 thanks to over 17,000 votes by members of the public.

Supercar enthusiasts have been flocking online since June to vote for their favourite cars from 11 different eras, ranging from pre-1914 models all the way to modern machines built after 2010. 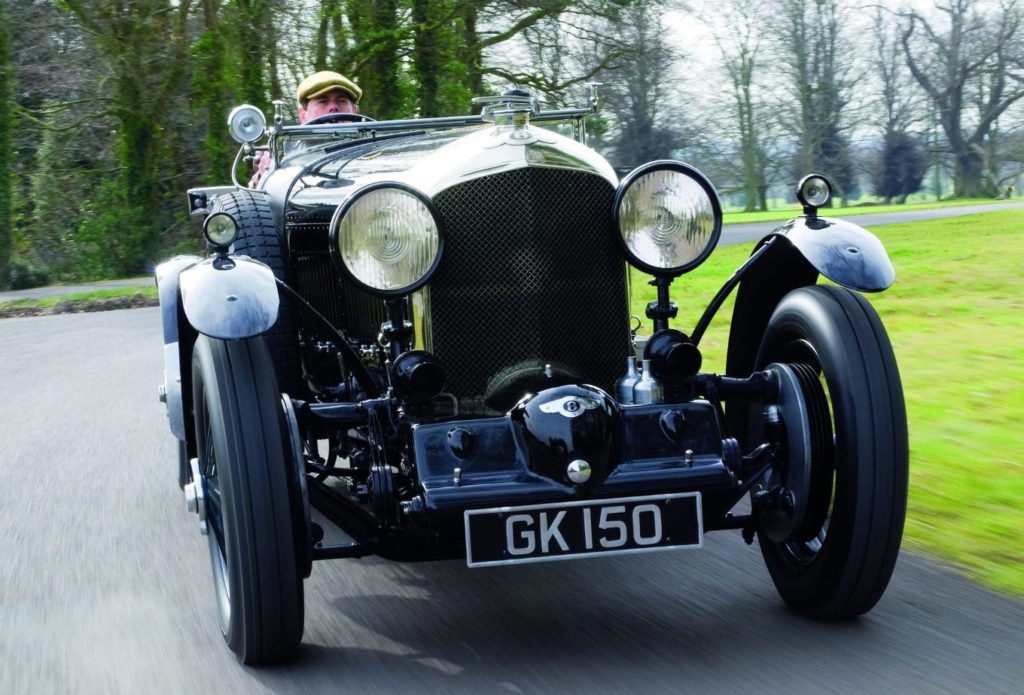 And now the public must decide which of the 11 cars will be crowned the greatest supercar ever at The Classic & Sports Car Show, held at Alexandra Palace from 28th-30th October.

Some truly iconic names make up the shortlist, including the Ferrari F40, McLaren F1 and Alfa Romeo 8C. Here are the contenders looking to be crowned at Alexandra Palace:

All finalists came through era-related category battles to make the shortlist, with voters choosing between three different models from every given generation.

The Bentley 41/2-litre Blower emerged from a particularly gruelling tussle with the Bugatti Type 43 and Mercedes-Benz SSK, taking 50 per cent of the votes in the 1914-1929 category. The McLaren F1 had no such trouble in its 1990s showdown with the Jaguar XJ220 and Bugatti EB110, though, with 80 per cent of voters putting it through.

Voting for the overall winner takes place throughout September ahead of the event, where all finalists will be on show in all their glory. The greatest supercar of all time will then be revealed in a spectacular multi-million-pound display.

To vote, visit www.classicandsportscarshow.com/supercars and pick the car you think deserves the crown. Everyone who votes will be entered into a draw to win a pair of places on the VIP show tour.

James Elliott, Classic & Sports Car Group Editor: “Over 17,000 votes were cast for the cars in our shortlist, and it’s safe to say the public did a good job – the 11 finalists are truly spectacular. Indeed, there’s a strong case for each and every one of them to take home the ‘Century of Supercars’ title, but there can only be one winner.

“Our‘Century of Supercars’ feature is sure to be a crowd-pleaser for visitors of all ages, and I can’t wait to see which of these impressive supercars comes out on top.”

The Classic & Sports Car Show in 2016 will feature more than 300 of the world’s most prestigious classic cars from world-famous collectors and world-renowned classic car retailers. The event will also feature an auction from Coys, live restoration by a team of specialists from Classic Motor Cars (CMC) of a unique Jaguar XK120 by Pininfarina and a Live Interview Stage in partnership with Goodwood Road & Racing.

A tie up between British car maker Aston Martin and Italian design house Zagato sounds pretty tasty, doesn’t it? Having said that, it isn’t the first time that these two work together. If you have a long memory you might recall they first worked together with the DB4GT Zagato. 19 of these supercars were built, and Stirling Moss rode one to third place at Goodwood in 1961. But this is 2011 and the new model is a complete stunner which would have even Sir Stirling purring in admiration 50 years on from the first car produced by the two companies. It is called the Aston Martin V12 Zagato and is based on the V12 Vantage car. The CEO of Aston Martin is called Dr Ulrich Bez and he said that the Zagato design is a “perfect complement” to the Aston Martin expertise. […]

The battle lines are drawn. The race to build Britain’s fastest and most  powerful production  car is on. But it’s not McLaren, Bentley or even Aston Martin that aims  to lead the way. It’s Lotus. During an exclusive gathering at the company’s HQ in Hethel, Norfolk, chief technical officer Wolf Zimmermann told Auto Express of his plans to build a flagship Superleggera version  of the next-generation Esprit – and we can show you what it will look like in our exclusive images. Bosses held the meeting to face critics of the New Era plan, which in June 2010 revealed five new cars would be launched in five years. As well as confirming the flagship Esprit, Lotus unveiled plans for a city car called Ethos – to rival the Aston Martin Cygnet  – plus the 2+2 Elite, four-door Eterne and the […]

McLaren has launched its second model in the new Sports Series, the McLaren 540C Coupé, at the Shanghai Motor Show. The most attainable McLaren yet, the 540C Coupé joins the recently revealed 570S Coupé in the Sports Series as the brand brings its race derived DNA to a new audience and segment. These introductions bring the number of new McLarens launched in 2015 to four as the brand continues its rapid growth. Globally available and priced from £126,000, the 540C Coupé can be pre-ordered now with deliveries scheduled to being in early 2016. The 540C Coupé is a pure McLaren, and a pure sports car, sharing its DNA with the models in the Super Series and Ultimate Series, including a light weight carbon fibre chassis and race-derived technologies.  It is fitted with a mid-mounted 3.8-litre twin turbocharged V8 engine which […]