There is no doubt that of all the British marques, MG is the one that has sunk deepest into my veins. And of those classic cars, the MGBGT holds a special place in my heart. So, for our video of the week this go round we will turn to an MG buyer’s guide. Danny Hopkins, editor of Practical Classics Magazine, uses a 1975 MGBGT Jubilee edition to illustrate what to look for — including typical trouble spots — before you make a purchase.

In structure the MGB was an innovative, modern design in 1962, utilizing a monocoque structure instead of the traditional body-on-frame construction used on both the MGA and MG T-types and the MGB’s rival, the Triumph TR series. 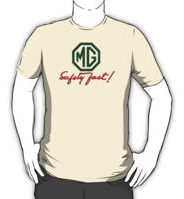 However components such as brakes and suspension were developments of the earlier 1955 MGA with the B-Series engine having its origins in 1947. The lightweight design reduced manufacturing costs while adding to overall vehicle strength. Wind-up windows were standard, and a comfortable driver’s compartment offered plenty of legroom. A parcel shelf was fitted behind the seats.

The MGB achieved a 0–60 mph (96 km/h) time of just over 11 seconds. The 3-bearing 1798cc B-Series engine produced 95 hp (71 kW) at 5,400 rpm — upgraded in October 1964 to a five-bearing crankshaft. The majority of MGBs were exported to the United States. In 1975 US-market MGB engines were de-tuned to meet emission standards, ride height was increased by an inch (25 mm), and distinctive rubber bumpers were fitted to meet bumper standards.

The MGB was one of the first cars to feature controlled crumple zones designed to protect the driver and passenger in a 30 mph (48 km/h) impact with an immovable barrier (200 ton).

A limited production of 2,000 units of the RV8 was produced by Rover in the 1990s. Despite the similarity in appearance to the roadster, the RV8 had less than 5 percent parts interchangeability with the original car.

Editor at Just British
Michael Carnell is the editor and founder of the Just British Online Motoring Magazine. As a lifelong British car fan, he has owned or driven British cars of all ages from Austins and MGs to Jaguars and Triumphs. He currently owns a 1966 Vanden Plas Princess 1100, a 1977 MGB, and a 2002 Land Rover Discovery.

This in from the TopGear site…  To be honest, the presenters weren’t that impressed with the new MG6 during the show on Sunday. Or its recycled-racing-horse badge adhesive. However, this latest old-car-new-tech offering from Frontline Developments seems like a valiant use of the brand. And a rather more affordable alternative to the Eagle Speedster. Each car uses a new British Motor Heritage MGB shell, into which Frontline shoves a 2012 2-litre VVC MX-5 engine. It’s got billeted con-rods and crankshaft, forged fully-skirted and Teflon-coated pistons and it’s been hopped up with a 45mm direct injection throttle body and closed-loop Lamda set up. That equates to 215bhp and 170lb ft at 4000rpm. That means 240bhp per ton (it only weighs 900kg). 240bhp. IN AN MGB! But don’t worry, the sixties shell’s been uprated to cope with the 130bhp power boost (the B […]

The new Bentley Continental GT has been named ‘GT of the Year’ by BBC TopGear Magazine, in the publication’s annual new car awards issue. The new Continental GT was praised for its depth of engineering, with the publication describing it as “simply one of the most complete GT cars on the planet.” Particular praise was given to the car’s composure on road, making it “easier than ever to thread through the tricky bits.” Staff