The British automobile manufacturer Lotus is recalling its Elise and Exige models over potential fire risks or crashes, due to an oil leak issue. The models produced in 2005 and 2006 have been reportedly subjected to an immediate recall by the company. 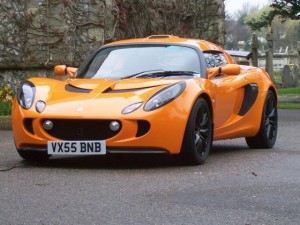 As slated, in July, the National Highway Traffic Safety Administration had opened a probe into these Lotus cars to investigate oil cooler leaks for the Elise and Exige models that were manufactured between June 1, 2004 and November 30, 2006. With 17 complaints from the owners of the vehicles reporting oil leaks onto the right rear tires, which resulted into handling problems and a fire incidence as well, the investigation finally triggered a recall announcement from the company.

As the ultimate incarnation of the world famous Exige, Lotus has revealed the Exige Sport 350, the latest version of the class-leading and award winning sports car, that’s lighter and faster than ever before. The new Exige Sport 350 is the next model in the range to mark the reintroduction of the renowned ‘Sport’ naming designation. It joins the recently announced Lotus Elise Sport and Elise Sport 220 – delivering a lighter and even more performance-focused driving experience. Staff

British sports-car outfit Caterham is launching both a new Seven race car with a forced-induction engine, and a one-make racing series in which the car can compete next year. The Caterham R600 racer offers 275 hp in the company’s familiar lightweight, stripped-out Seven chassis. The engine in question is a supercharged 2.0-liter Ford inline-four, rated for 275 hp and 200 lb-ft of torque. A six-speed sequential transmission sends power to the rear wheels by way of a limited-slip differential. The company claims the R600 will be much faster and “more aggressive” than existing Caterham models, but promises that “the linear power delivery of the supercharged engine makes it superbly drivable.” Make sure to check out the full story at Automobile Magazine. Staff

24 Lotus Cars to Be Auctioned

One of the largest private collections of Lotus cars will be dismantled in June during the 2012 Goodwood Festival of Speed, the annual motoring celebration at the grounds of Goodwood House in West Sussex, England. The collection of 24 Lotuses consigned by Bonhams is owned by the Dutch textile magnate Olav Glasius, who in addition to being a collector is a vintage-racing enthusiast and the chairman of Lotus Club Holland. The British sports-car marque will be this year’s featured brand at the Festival of Speed, an honor rendered somewhat inelegant by Lotus’s financial troubles. This month, Dany Bahar, chief executive of Lotus Cars, told Evo magazine that development of new models was being held up for three months as the company awaited either an infusion of cash or a sale by its Malaysian parent, Proton. In a telephone interview, James […]