Triumph Motorcycles has confirmed that the current stage of its land speed record attempt has been postponed due to the course conditions at Bonneville. 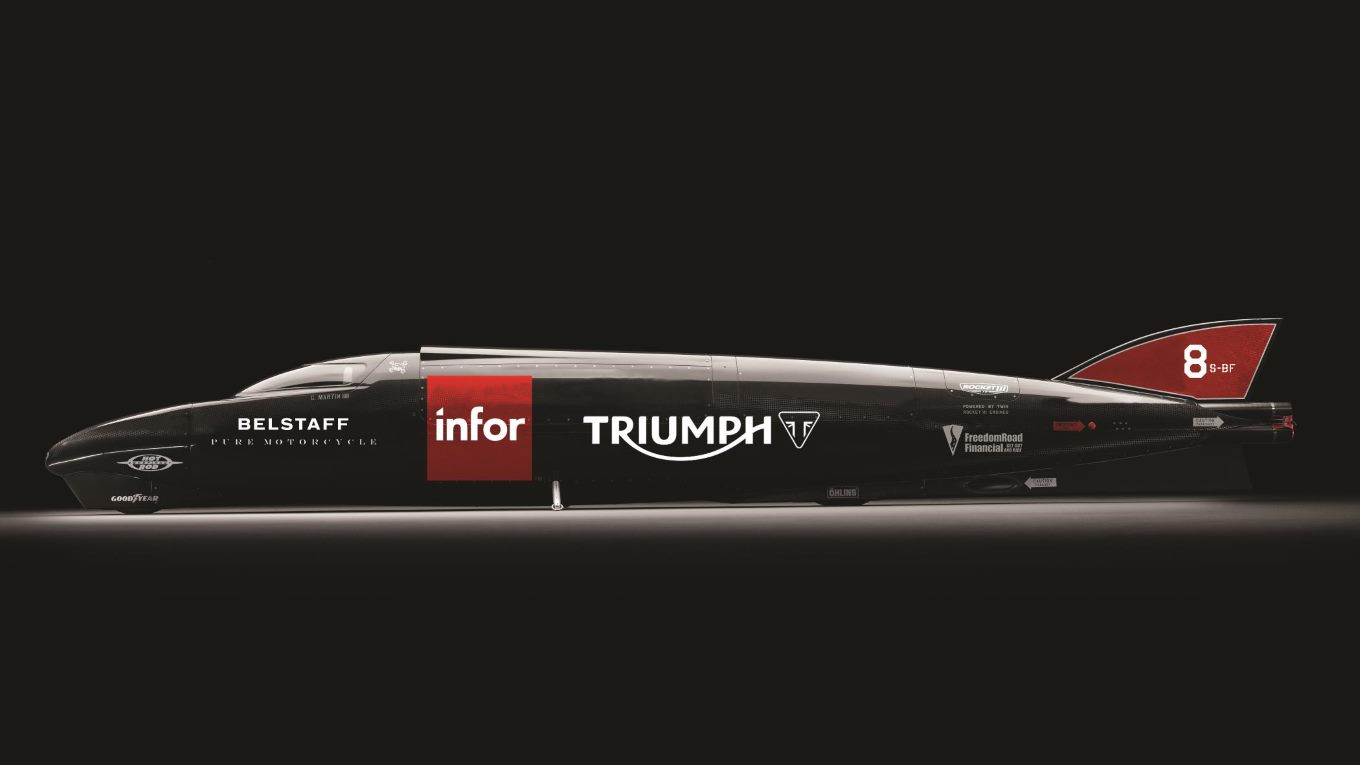 Rain at the start of the week has continued to affect the team’s running during the last seven days. While track inspections have shown that conditions improved, it has not been possible to create the constancy across the full eleven-mile course required for the Triumph Infor Rocket Streamliner to safely conduct a Land Speed Record attempt.

I know people will be disappointed at this news, but the safety of the rider, Guy Martin, and the wider team supporting the Triumph Infor Rocket Streamliner has to be our prime consideration. The course conditions on the salt flats have forced us to wait for another window of opportunity.

The team will look to resume its record attempt once conditions will allow.

Our video of the week this go-round features  a couple fast Minis at Jay Leno’s Garage. Well, I should say a fast Mini and an outrageously fast oh-my-lord-what-was-that Mini.  The show is presented, with Jay Leno, by Graham Reid of the Heritage Garage garage out in California. Graham Reid takes Jay for a ride in his vintage Mini Cooper. I you are into Minis, or any of the derivatives, you owe it to yourself to check out Heritage Garage. They carry a great supply of Mini parts and pieces – including racing and tuning trinkets that are quite hard to come by. Plus they really seem to know their stuff. For those of you who are not familiar with Jay Leno’s Garage, here is the official blurb… ‘After retiring from his perch atop the late-night TV ratings in 2014, comedian […]

The Triumph Infor Rocket Streamliner has become the world’s fastest ever Triumph by achieving a speed of 274.2 mph at the Bonneville Salt Flats on 8 August, 2016. Piloted by TT legend Guy Martin, the streamliner smashed the previous official Triumph record that stood at 245.667 mph as well as the unofficial Triumph Record of 264mph, both set by Bob Leppan, in the Gyronaut X-1. Near perfect conditions greeted the team on the final day of the team’s land speed practice week. With confidence high after a successful number of days running on the salt at Bonneville the team’s goal for the day with the Triumph Infor Rocket Streamliner was the Triumph record.  Staff