Jaguar today announced that Ian Callum, Director of Design, is to leave his position at the company after two decades heading up Jaguar Design. Julian Thomson, currently Creative Design Director, has been appointed to the role of Director of Design, effective July 1, 2019.

Since joining Jaguar in 1999, Ian has built a world-class creative design team, established a new design philosophy and revived the range with award-winning designs. These include F-TYPE – Jaguar’s first two-seater sports car since the iconic E-type – the XE, XF and XJ saloons, and the marque’s first SUVs – F-PACE, E-PACE and most recently the all-electric I-PACE, which in April was crowned 2019 World Car of the Year, World Car Design of the Year and World Green Car.

I have had an incredible career at Jaguar. One of my biggest highlights was creating XF because it represented the beginning of a new era moving Jaguar from tradition to contemporary design – it was a significant turning point in our story. Designing the F-TYPE was a dream come true for me, and I-PACE was an opportunity to create something hugely innovative that would really challenge the perception of Jaguar – and its success is testament to just how far the brand has come.

I came into this role with a mission to take Jaguar design back to where it deserved to be. It has taken 20 years, but I believe I have achieved what I set out to do. Given the strength of both our products and the design team I feel that now is the right time to move on, both personally and professionally, and explore other design projects. Designing Jaguar cars was a lifelong dream for me and I’m delighted to remain involved as a consultant for the brand. I have worked closely with Julian Thomson for 18 years – he is a hugely talented designer and absolutely the right person to lead Jaguar design into its next chapter.

Ian spent the first 12 years of his career at Ford Design Studios, moving on to become Chief Designer of TWR Design, where he was responsible for the Aston Martin DB7, Vanquish, and DB9. Widely regarded as one of the world’s foremost automotive design talents, in 2005 Ian was awarded the title of Royal Designer for Industry from the RSA. In 2014 he received the Minerva Medal – the highest accolade bestowed by the Chartered Society of Designers, awarded for a lifetime’s achievement in design.

The contribution Ian Callum has made to Jaguar’s industry-leading design reputation cannot be over-stated.

Ian stands for the most forward-thinking, rule-breaking and emotive approach to automotive design. He has created a new Jaguar design language – and his passion for Jaguar has seen the range completely transformed during his 20 years in charge.

Innovative, beautiful, future-facing and true to our pioneering heritage, Jaguar’s current and award-winning cars are testament to Ian’s dedication – you can see his ‘signature’ in each and every one. In my view, the World Car Design of the Year winning F-TYPE, F-PACE and I-PACE – true game changers – are perhaps his greatest achievements. I believe they will be future icons.

Both personally, and on behalf of everyone at Jaguar, I would like to thank Ian for all he has done, and I am delighted he has committed to continue to be Jaguar’s brand ambassador as a design consultant.

I’d also like to congratulate Julian in his new position as Director of Design. Now is Julian’s time to shape his team, and the next generation of Jaguars. I am excited about the future for Jaguar, and Julian continuing the brand’s position as a world-leader in automotive design.

As Creative Design Director, Julian Thomson has been responsible for establishing the future strategic design direction for the brand. Since joining Jaguar in 2000, he has overseen the development of the design concepts for the entire current product range. Julian began his career at Ford in Dunton, England, before moving to Lotus, where he became Head of Design, then Chief of Exteriors at Volkswagen Group’s Concept Design Centre. 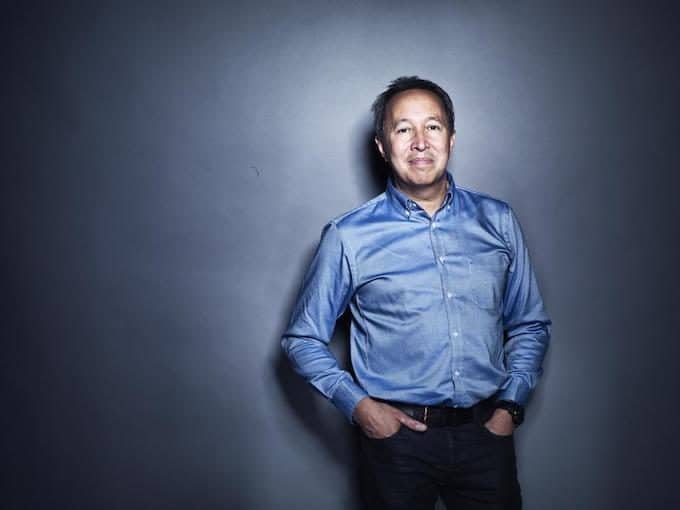 I’m honoured to take up the position of Director of Design, Jaguar. It will be a great privilege to lead such a talented team, and continue to build on our success. Automotive design has always been fast moving, but today it is changing at a rate faster than ever before. I’m passionate about ensuring Jaguar Design leads that change, and the cars that will drive our future.

I have mentioned this book a few times before, but I owe it to you to give a more informative review. Jaguar Design: A Story of Style, is as stunning book both in presentation and in content.  As billed by publisher Porter Press, this is, essentially, the story of three men — Jaguar company founder and owner Sir William Lyons, aerodynamicist Malcolm Sayer and current Design Director Ian Callum — and how they shaped the cars that made Jaguar famous. The line that really struck me, and it actually occurs in Ian Callum’s introduction, is in answer to the question, “Should not form follow function?” To this Callum replied, “Yes, of course, but one of the functions of a Jaguar is to be beautiful.” In a nutshell, that hits at the core of what makes a Jaguar a Jaguar, and what […]

Following a hugely successful Mille Miglia in 2015, Jaguar Heritage has released a film of this year’s rally, giving viewers an in-depth look at an event once described as ‘The most beautiful race in the world’. In the year that Jaguar celebrates its 80th anniversary, the official Jaguar Heritage team headed to the start in Brescia with three C-types, three D-types, two XK120s and an XK140 driven by famous faces from the world of motorsport, TV and music. Following the Jaguar Heritage cavalcade were a group of media guests driving various examples of new Jaguar XE and latest generation of F-TYPE sports cars. Supported by an expert crew of Jaguar Heritage technicians, the nine Jaguar entries ran smoothly throughout the gruelling four-day event. Driven by the likes of supermodel David Gandy, model and TV presenter Jodie Kidd, and musician Elliot […]