Many trade creditors hit in the pocket by the collapse of Longbridge are missing out on a £40 million-plus nest egg – more than four years on from the demise of MG Rover. 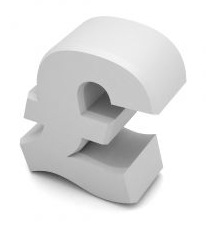 An unspecified number of potential claims from the UK and overseas – worth nearly half a billion pounds – have not materialized since the Birmingham car firm closed in April 2005, it was revealed yesterday.

Administrators Pricewaterhouse-Coopers disclosed in the latest Joint Liquidators Report that up to £464 million of further claims could still be admitted despite the increasing time gap.

With two dividends amounting to a total of 6p in the pound already paid to approved claimants some creditors are forgoing sums of many thousands of pounds.

MG Rover administrator Rob Hunt said: “If you look at our receipts and payments, we are still sitting on just over £40 million.

‘‘There are quite a number of creditors who still have not made claims. As time goes by, the chances of those coming through are less and we will get to the point where we will take the view that they are not going to claim.

‘‘I think what has happened here is that a number of dealers will have made claims at the start of the insolvency in respect of loss of profits but those claims have not materialised.”

Mr Hunt said a cross-section of suppliers, dealers and other trade creditors had failed to carry through claims, or not claimed at all despite the fund amassed by adminstrators from Longbridge’s remaining assets.

The latest Joint Liquidators Report says: “Significant claims in excess of the values listed in the directors’ Statement of Affairs have been received and are still being adjudicated upon, and many potential claims from the UK and overseas have not been received.

“The Liquidators estimate that up to £464 million of further claims may be admitted.”

The MG Rover Pension Fund already stands to benefit to the tune of around £20 million after administrators admitted a claim of £352 million.

A total of 1,250 unsecured creditors, including traders, supply firms and dealers, were left out of pocket when MG Rover collapsed with debts of around £1.4 billion in April 2005.

VotW – MGB The Car’s The Star

February 12, 2015 Michael Carnell Articles, Classic Cars, Video of the Week Comments Off on VotW – MGB The Car’s The Star

After a brief absence, we return with a new Video of the Week. This week MGBs are on the mind and so our video will be one entitled “The Car’s the Star”. It is a documentary on the famous MG which was produced for basically two decades. For those who have been living under a rock and aren’t familiar with the MGB, the ‘B’ as it is known is a two-door sports car manufactured and marketed by MG Cars and its successors as a four-cylinder, soft-top roadster (1962-1980) — along with variants including the MGB GT three-door 2+2 coupé (1965-1974), the six-cylinder roadster and coupé MGC (1967-1969), and the eight-cylinder 2+2 coupé, the MGB GT V8 (1973-1976). Replacing the MGA in 1962, production of the MGB and its variants continued by the British Motor Corporation and its successors, British Motor […]

MG Is Back … Sort Of

April 9, 2008 Staff Corporate Business, New Cars Comments Off on MG Is Back … Sort Of

Ever since MG Rover went bust in 2005 and was bought by Nanjing Automotive, rumors have flown about when the automaker’s Longbridge factory would resume production of its iconic roadster and other models. Well after a long wait, to the delight of enthusiasts MGs are once again available in the UK…just not ones made by the Chinese parent company. A new endeavor launched by Englishman William Riley called MG Sports and Racing Europe has begun selling a supercharged coupe called the MG X-Power WR. Based on the old company’s most expensive model, the new sports car is built in Eardiston, UK, and priced between approximately $150,000 and $175,000, with seven models sold so far and 35 additional orders in the pipeline. Staff

Shanghai Automotive Industry Corp. (Group) (SAIC) is scheduled to launch SW, a model in MG 3 Series, after the Chinese Spring Festival in February. The model will be the first new product the Chinese auto giant releases after marrying Nanjing Automobile (Group) Corp. It indicates that the MG brand will grow rapidly since the marriage began. SW has been in the spotlight after it debut at the Guangzhou auto show in November 2007. “We will bring out 1.4- and 1.8-liter products shortly after this Spring Festival,” a MG executive showed great confidence. MG 3 Series, priced between CNY 80,000 and CNY 120,000, will be a major force in the MG family, related people disclosed at the show. The SW is predicted to reach the ceiling of the brand’s price range and compete head-to-head with medium- and high-grade small-sized two-compartment products […]