The Royal wedding. Yes, I am going there. Not being a true Royal follower myself, when I tune in to events such as this it is the cars that catch my attention more than there ceremonies. Although I will have to admit, this was actually a touching and important ceremony as it bridged not only the US and Great Britain but also the past and the future.  That bridging could also be seen in the combination of heritage and modernity seen in the most talked about car of the day.

That most talked about car was the Electric E-Type used by Prince Harry and his bride when leaving the Windsor. We featured this amazing car a few months ago when it was first unveiled by Jaguar Land Rover Classic. The Jaguar E-type Zero not only drives and looks like an E-type, it also offers outstanding performance. It’s quicker than an original E-type: 0-100km/h (62mph) takes only 5.5sec, about one second quicker than a Series 1 E-type. The wedding getaway car is a restored Series 1.5 Roadster. It’s totally original in specification, apart from its 21st-century state-of-the-art powertrain and modified instrumentation and facia. Read more about this car in our original article about the E-Type Zero.

Probably the second most talked about car was the 1950 Rolls-Royce that Meghan Markle, the now Duchess of Sussex, arrived in. This Phantom IV belonging to the Queen is one of only eighteen that were made between 1950 and 1956. They were only built for buyers Rolls-Royce considered worthy of the distinction – meaning the British royal family and heads of state. Sixteen are currently known to still exist in museums as well as public and private collections. Kate Middleton was the last one to use this particular Phantom IV in 2011, during her trip to Westminster Abby for the royal wedding with Prince William.

William and Harry arrived in a Mercedes mini-van? For shame. I shall say no more about that.

Queen Elizabeth and Prince Philip arrived in grand style in the Queen’s State Bentley. This car was delivered in 2002 as a Golden Jubilee gift from the Confederation of British Motor Manufacturers. An interesting fact about it is that since its delivery it has been retrofitted with a bio-diesel engine. Can we call it a hybrid?

The Prince of Wales and The Duchess of Cornwall arrived in a state Rolls-Royce that frankly did not have the most flattering of profiles.

Lots of Range Rovers were on the scene carrying official capacities. I know I saw at least one Discovery 5 in the group of police escorts behind the bride as she headed to the ceremonies. 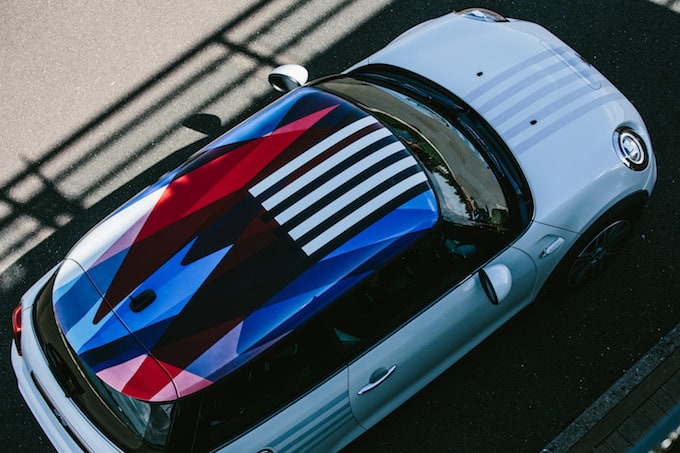 Finally, not seen at the wedding but produced by MINI in honor of the occasion is the special Mini Cooper with a combination of the British and American flags among other adornments. After the wedding day, this one-of-a-kind MINI will be handed over to The Children’s HIV Association (CHIVA), one of the couple’s chosen charities, or public auction.

As an iconic British brand with almost 60 years of history in the UK, we are pleased to mark the royal wedding with this special charitable gift. The MINI Design team has created a one-off MINI Hatch for the occasion. Its specially designed roof graphic combines with 3D-printed interior and exterior details as well as special embroidery to make this a MINI like no other.
— Oliver Heilmer, Head of MINI Design

There you have it! My brief wrap up of the best cars of the Royal wedding. If you notice any others, please send them in.

Note: The majority of photos for this article are screen captures from the Kensington Palace twitter feed.