Classic Car Auctions (CCA) will be offering a unique opportunity to own a ‘brand new’ 1983 Austin Metro Vanden Plas 500 in its sale at CarFest South on 29th August.

The car, offered without reserve, has covered just 741 miles and had just one registered owner since new, forming part of the famous and historic Patrick Collection housed in Birmingham. Very few Vanden Plas Metros remain on the road, and this rare car, the second of only 500 built, is believed to be one of only five left in the UK.

Presented in Black with contrasting tan leather seats, the car is in excellent and fantastically original condition having spent many years in storage. ‘A500 VOJ’ remains essentially as it was when it left the Longbridge factory in 1983. The only parts replaced on the car in its lifetime have been the seals and water pump. 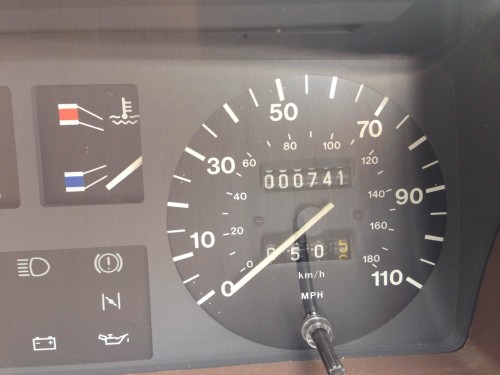 Commenting on the car, Guy Lees-Milne, general manager, CCA, said: “It’s a delight to be offering such a special British icon in our sale at CarFest. This is a unique opportunity to own an incredibly rare car, at no reserve, and this example is one to potentially bubble-wrap for the future.”

One of Britain’s most popular ever cars, the Metro was a common sight on British roads with more than 1.3million sold by 1994. Famous owners include Princess Diana, who owned a red W-registered Metro before her engagement to Prince Charles.

Speaking to CCA about his car, the current owner said, “I doubt you will find another Metro like this in the world. I don’t even think that anyone has ever sat in the passenger seats! I really hope the new owner continues to cherish this amazing car for the future.”

The car joins nearly 100 others in CCA’s CarFest Sale, which takes place at 1979 F1 World Champion Jody Scheckter’s Laverstock Park Farm in Hampshire. A host of charity lots will also be on offer with 100 per cent of the hammer price plus fees being donated to BBC Children in Need.

For more information on the car please visit http://www.classiccarauctions.co.uk/austin-metro-vp-500.

The new 16 MY Bentley Continental GT makes its North American debut at this year’s Monterey Auto Week, alongside inspiring models from Bentley’s past and future. In a nod to Bentley’s illustrious heritage and celebrating its 85th anniversary, the iconic 1930 Blower Bentley makes its dynamic appearance in the Quail Rally. The week will culminate with a look to Bentley’s future; the EXP 10 Speed 6 concept will be situated on the Concept Lawn at The Lodge on Sunday, a vision of iconic Bentley design cues fused with progressive craftsmanship techniques to showcase modern British luxury. Michael Winkler, President and CEO, Bentley Motors, Inc. comments: “The future of Bentley is now, and Pebble Beach is the perfect backdrop to showcase the new Continental GT alongside gems from our past and concepts for our exciting future. The new Continental GT is […]

The entry list for Barons’ sale at Sandown Park on September 15th features an eclectic mix of cars spanning 10 decades, turning the saleroom into something of a ‘pop-up’ motoring museum. The sale is headlined by an extremely rare 1936 Alvis Speed 20 SD drophead coupé with Vanden Plas coachwork. One of five such examples built, just three are believed to still be in existence, and this is the only car of its type registered in the membership list of the Alvis Owner Club. It comes with a complete record of owners since its manufacture nearly 80 years ago, and still drives very well and performs strongly. Estimate: £100,000-£130,000. Another rarity is the unrestored, highly original 1972 Alfa Romeo Montreal V8 Bertone Coupé, which has covered just 38,000 miles in over 40 years, and has been barn-stored since 2011. Whilst […]