The result, which was announced at an event in central London today, was decided by members of the public who voted for their favourite cars via the Telegraph’s Motoring website. 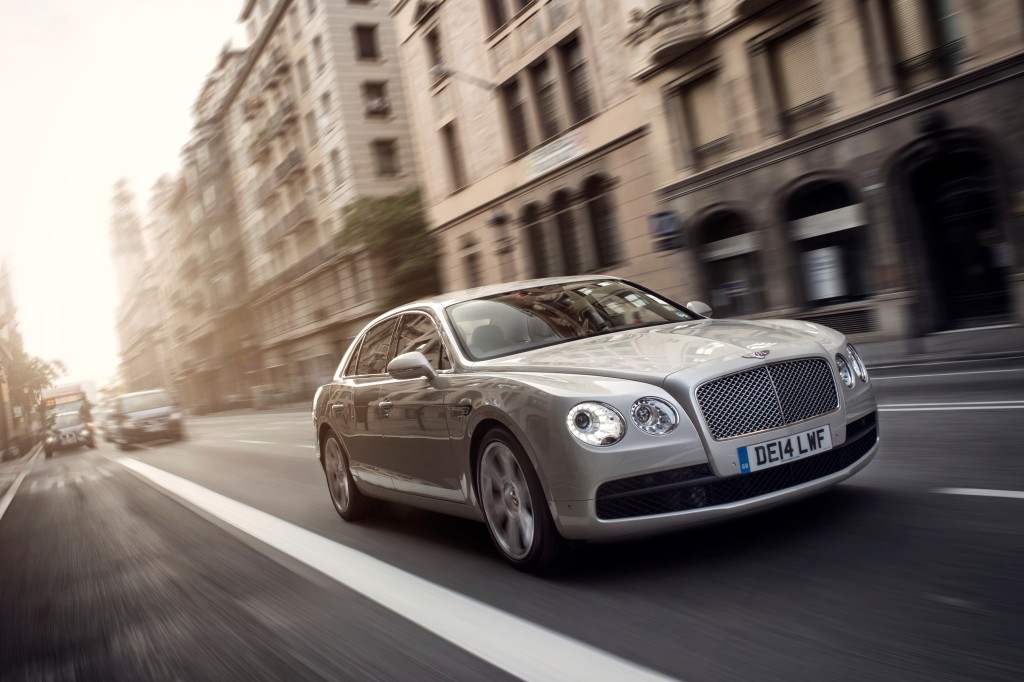 Kevin Rose, Bentley Member of the Board for Sales, Marketing and Aftersales, commented: “Bentley is the most successful luxury car brand in the world. Every Bentley is handcrafted by our skilled and dedicated team in Crewe, which makes each car a true luxury possession. On behalf of Bentley Motors and our 3,800 colleagues, I would like to say a big thank you to everyone that voted for us.”

Steve Huntingford, Cars Editor at The Telegraph, added: “The latest Flying Spur manages to feel both traditional and modern, plus it’s as enjoyable to drive as it is to be chauffeured in. It’s easy to see why Telegraph readers and our panel of judges rate it so highly.”

The Flying Spur W12 is the fastest road-going luxury sedan in the world, powered by Bentley’s mighty 6.0-litre, twin turbo engine.  It develops 625 PS, sprinting from 0-60 mph in just 4.3 seconds, while a new variable displacement system allows the engine to run at part throttle on six of its 12 cylinders – reducing emissions and fuel consumption with no impact on refinement or performance.  The athletic design of the new Flying Spur combines traditional Bentley styling cues with a dynamic stance and contemporary details.

Designed for comfort and refinement as well as effortless performance, the Flying Spur has benefitted from a suite of enhancements for 2015. The exquisite cabin gains modern and tactile new features to maintain Bentley’s reputation for interior style and usability, such as an on-board WiFi hotspot system, making the Flying Spur the ultimate luxury car for work or relaxation on the move. Complementing the feature upgrades are new paint colours in the hues of Marlin, Camel and Jetstream and the addition of Shortbread and Camel hides to the extensive range of leathers.

Bentley’s EXP 10 Speed 6 concept car has been awarded Gold in the Transportation category of the German Design Awards – one of the most highly respected design competitions in the world. The German Design Council selects a panel of international design experts to judge the entries. They selected the EXP 10 Speed 6 for the Gold award as a result of its timeless, iconic Bentley design, clever use of new materials and aesthetic dynamism. Panel judge, Johannes Barckmann, commented: “The designers of the EXP 10 Speed 6 achieved a fantastic reinterpretation of the British legend. This is particularly apparent when looking at the interior. The door panels are not covered with leather, but instead with high-quality wood. “The exterior inspires with a progressive, elegant design vocabulary that transports the classic car into the future. EXP 10 Speed 6 is […]

Mulliner, Bentley’s in-house coach-building division, is revealing its latest range of bespoke creations for the Flying Spur, enabling customers to personalise the four-door luxury sedan to an even higher level. For the first time, the Flying Spur can now be specified with a refrigerated bottle cooler between the rear seats, painted veneers, Mulliner quilted leather, sterling silver atomisers and hide-trimmed stowage boxes. This new range of personalisation options are but a few of the limitless possibilities a customer can find with Mulliner, and further enhance the Flying Spur’s reputation for unparalleled luxury and refinement for both work and relaxation. Staff