The Atlanta Concours d’Elegance organizers have created The Visionary Award to honor Don Panoz, an early and enthusiastic Atlanta Concours supporter who envisioned how the premier event would benefit Braselton, Ga. and Metro Atlanta area. Panoz passed away on Sept. 11, 2018. He was 83. 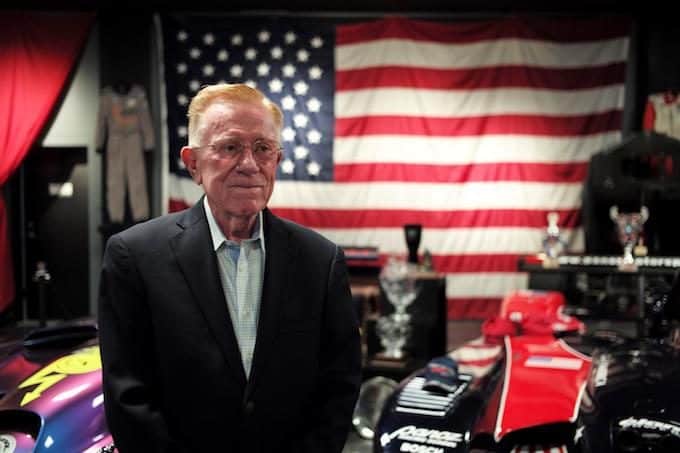 In 1961 Panoz, along with army buddy Milan “Mike” Puskar, founded Milan Pharmaceuticals in White Sulphur Springs, W. Va. Milan Pharmaceuticals evolved into Mylan, a company that now sells an estimated 1,300 products to more than 140 countries and territories worldwide. In the 1970s Panoz founded Élan Corp. in Ireland and led a research team that created time-release medication delivered through a transdermal patch, commonly used today as the nicotine patch.

The Atlanta Concours would not exist without Don Panoz. Very early on when co-founders Bill Wallet and Harry Krix dreamed of an event for the area’s lovers of automotive history, they met with Panoz and sought advice from the visionary with a knack for turning dreams into reality. He often shared his wisdom, jovially advising we should set aside time to dream every day, but understand that sometimes there will be nightmares.

It didn’t take long for Panoz to envision how the Atlanta Concours could benefit the Metro Atlanta area and his beloved Braselton. He threw his full support behind the Atlanta Concours, directing his teams to do everything possible to ensure the new event’s success.

“Don’s ability to see untapped potential was uncanny,” said Wallet. “It was as if he had a 500-horsepower crystal ball in his head. I’m forever grateful for his advice and support, which ensured the success we’ve enjoyed since those early days.”

Panoz, the high-performance and luxury sports car brand created by Don’s son Dan Panoz in 1989, is a founding sponsor that brought numerous race cars examples from Don Panoz’s 20-plus year racing history to the inaugural Atlanta Concours in 2016.

Don would arrive at EVERY meeting with a unique idea,. He insisted that we try to see his vision and determine the viability of his idea.  ‘No’ was not an acceptable answer.  A day without an idea was a day lost!
— John Leverett

On Don’s urging Panoz debuted its new Panoz Avezzano sports car at the event, exhibiting it alongside other Panoz sports cars and the many historic race cars. The next year Panoz brought its new Avezzano race car soon after Team Panoz Racing completed its first Pirelli World Challenge racing season. This year Team Panoz Racing and the Avezzano race car won the 2018 Pirelli World Challenge GTS Sprint/SprintX Manufacturers’ Championship. Panoz will once again be at the Atlanta Concours, and this year will no doubt be extra special to the Panoz organization and family.

The third-annual Atlanta Concours d’Elegance will be held Sept. 29-30, 2018, and will once again grace the splendid setting that is the Chateau Elan Golf Club, adjacent to the Chateau Elan Winery and Resort.

Nearly 200 extremely rare automobiles from across the nation, including examples from the Evergreen Collection, Stahls Automotive Foundation, the Gilmore Car Museum, the Elliott Museum, and the Lane Motor Museum, will be on display. The main event is Sunday when rare, meticulously restored and maintained, and historically significant automobiles will compete for prestigious Atlanta Concours d’Elegance Best in Class and Best in Show awards.

Autoglym Returns to Concours of Elegance

This September the world’s leading car care experts, Autoglym, will partner with the Concours of Elegance for the fourth successive year, ensuring the unique gathering of rare and exotic cars is presented to the absolute highest standard on the lawns of the Palace of Holyroodhouse, Edinburgh. Only 60 cars of the highest calibre are invited to take part in the Concours (60 being a reference to Her Majesty The Queen’s Diamond Jubilee which saw the event established at Windsor Castle in 2012), with the rarest cars from all over the world painstakingly selected by the Concours Steering Committee – among the most highly regarded and authoritative car experts.  Supporting the 60 Concours cars will be many more from the show’s partner manufacturers Bentley, Jaguar Land Rover, McLaren; and collectors and clubs from across Europe. Staff

Salon Privé Week is renowned for being a celebration of two-wheeled machinery as well as four, and this year Blenheim Palace will host the world debut of a unique and hugely significant Triump motor bicycle. […]

The Hilton Head Island Motoring Festival & Concours d’Elegance, one of the nation’s largest and fastest-growing automotive and motorsports enthusiast events, today announced the Honored Marque for its 15th annual festival. The 2016 Hilton Head Island Motoring Festival (HHIMF) will pay homage to the 1925 – 1948 era of European Classics. With the 2016 events scheduled for Oct. 28 – Nov. 6, the HHIMF is one of only a few national automotive gatherings to combine collecting and racing with enthusiast and lifestyle activities in a single, action-packed week. Working strictly on the Classic Car Club of America’s designation, marques such as Bugatti, Hispano-Suiza, Jaguar, Mercedes-Benz and Alfa Romeo will line the fairways of the Port Royal Golf Club on Hilton Head Island during the Concours portion of the festival, being held Sunday, Nov. 6.  Three classes have been dedicated to […]