Aston Martin Racing has announced that six of its Evolution Academy drivers will test the Vantage GTE at the final round of the FIA World Endurance Championship (WEC) in Bahrain, before the panel decides who will be offered a 2016 works team contract.

The Vantage GTE test in Bahrain will be a real challenge to the drivers, most of whom have never driven a GTE car before, but the team will be looking for more than just on-track pace from its 16- to 25-year old competitors.

“We’re looking to see what the Evolution Academy drivers have learned in our programme this year,” explained Aston Martin Racing’s Customer Programmes Manager Andrew Williamson. “Being an Aston Martin Racing works driver requires more than pace on track. We are looking for a future star who works well with our engineers to set-up the car, who prepares for events thoroughly and who represents our brand with the media.” 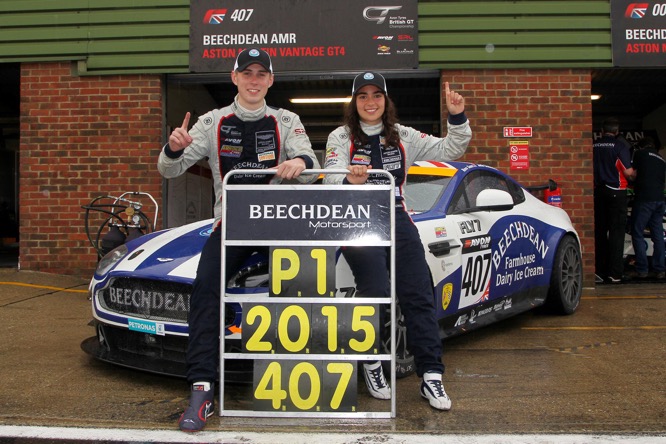 The ten Evolution Academy drivers have all had successful seasons, with five winning a national or international championship. Between races, they have attended workshops and seminars with Aston Martin Racing covering topics such as media and communications; engineering; fitness and nutrition; and simulator training.

“We are delighted with our finalists,” he concluded. “But it was no easy task choosing who would join us at the final round of the WEC. All ten of our 2015 competitors have impressed us this year and we are sure they all have fantastic futures ahead of them. We look forward to inviting our six finalists to Bahrain and announcing who will join us in our rapidly expanding works team programmes next year.”

The six finalists will join the Aston Martin Racing works team for the duration of the Six Hours of Bahrain race weekend before testing the Vantage GTE on Sunday 22 November, the day after the WEC race.

Aston Martin will start the Six Hours of Bahrain from pole in the GTE Am class, while also enjoying a return to competitive form in the GTE Pro category. Despite the distraction of a restarted qualifying session due to technical difficulties at the circuit, the #98 GTE Am pairing of Paul Dalla Lana (CA) and Pedro Lamy (PT) were capable of pulling together two strong lap times, clinching pole position for tomorrow’s race with an average of 1m58.659. Staff

Aston Martin Racing drivers Nicki Thiim (DN) and Marco Sørensen (DN) have today been crowned world champions after taking victory in the FIA World Endurance Championship’s season finale in Bahrain. Heading into the Bahrain race, the pair led the GT Drivers title battle by 12 points, with the team controlling the GTE Pro championship with a 2-point advantage. While a third place finish would provide the necessary points to take the GT Drivers title, the Danes claimed victory in style by taking their second win of the season, securing the GTE Pro championship for Aston Martin Racing in the process. Staff