Over 400 historic race cars dating from the 1990s back to the 1920s will line up on the grid at Donington Park to compete in a spectacular series of races in the 2016 edition of the Donington Historic Festival, over the Bank Holiday weekend of Saturday, April 30th, Sunday, May 1st and Monday, May 2nd 2016 – a Spring date to look forward to!

With its much-admired combination of highly competitive, world-class historic motor racing and an open-access paddock that allows visitors to get up close to that priceless metal, plus tyre-smoking historic rally car demonstrations, historic karts action and hundreds of classic cars on show in the infield, the Donington Historic Festival is a hugely popular fixture in the international historic calendar.

The event is a great favourite with visitors and competitors alike, as Festival founder Duncan Wiltshire explained: “There is something very special about Donington Park. The only pre-War race circuit that is still in use, it brings an unrivalled sense of history to the meeting, which is highly appropriate for a historic event. In 2016 the circuit will be celebrating the 80th Anniversary of Dick Seaman/Hans Ruesch’s win at the Donington ‘British Grand Prix’.

So it is wonderful that Donington Park remains a fabulous circuit to race on, regardless of the age of car, which is why the Donington Historic Festival attracts world-class cars and drivers from across the globe. 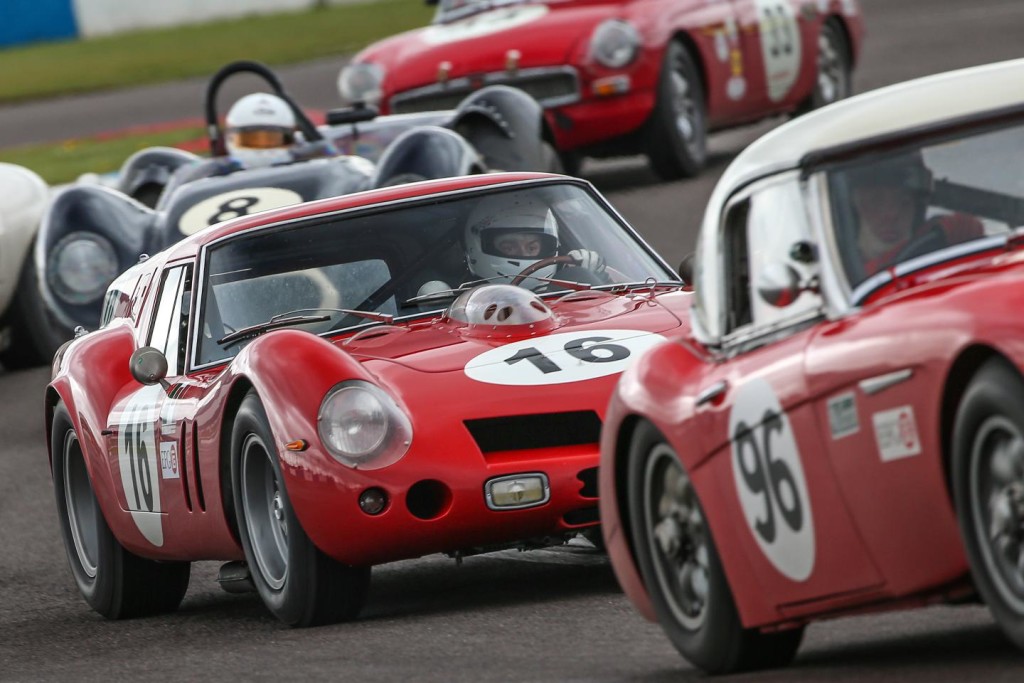 “It’s also a terrific spectator circuit – it offers amazing views of the track action from a wide variety of spots, and there will be even more of these for 2016, with new spectator banking in the infield really enhancing the whole experience.”

The 2015 Donington Historic Festival saw everything from pre-War sports cars and historic Grand Prix cars to Touring and Super Touring Cars take to the track – with a spectacular selection of 50s, 60s and 70s sports cars, GT cars and sports-racing prototypes thrown into the mix.

Rally car action came in the form of demonstrations from Rallying with Group B and the Historic Rally Car Register, while the members of the British Historic Kart Club showed that you don’t need huge engines to deliver hugely entertaining performances.  The infield was packed with hundreds of classic cars from dozens of car clubs, and Festival organisers will be inviting clubs to join the party and stage displays in 2016.

Ticket prices for the 2016 Donington Historic Festival will be announced later this year, and tickets will go on sale in November – in plenty of time for those looking to buy them as Christmas gifts!  For further information please visit www.doningtonhistoric.com

MG’s new TF LE500 is set to take part in its first race, supported by MG Rover parts specialist, XPart. It will be one of the first MG’s to be raced since the launch of the redesigned roadster and is taking part in the MG Trophy Championship. The car has been prepared for racing by one of Xpart’s approved MG Rover specialists and will be run by technician and racing driver Paul Luti. “We’re delighted to be sponsoring one of our own MG Rover specialist technicians in what looks set to be an exciting season’s racing,” comments Don Lindsay, service marketing manager, XPart. “It will be wonderful to see a new MG car competing in a race series again and driver Paul Luti’s strong experience of servicing and racing MG cars should stand him in good stead as he prepares […]

Jaguar Heritage Challenge to Return for 2016