When you talk about definitive books, The A-Series Engine: It’s First Sixty Years by Graham Robson has to be included in the list. This exhaustive work covers the first sixty years of the engine’s life and development of one of the most popular and widely used engines in British automotive history. I am not sure how one has a favorite engine, versus a favorite marque or model, but I am most certainly an a-series fan. It could be that I love my the BMC 1100s and Minis and Spridgets, or it could be that it is just such a robust and versatile engine.

Built from 1951 to 2000, BMC’s A-Series engine was a remarkably successful, versatile and invaluable power unit that far outlived its original projected life. Not only did it power road cars as varied as the Austin A30, the Mini and the MG Midget, but it also found use in world-class race and rally cars, record-breaking special machines, light commercial vehicles and even tractors.

Robson’s fully illustrated book chronicles the full history and achievements of this remarkable engine, nearly 15 million of which were made. From the early days all the way up to the modifications proposed and made for diesel and alternative fuels, this book covers it all. Note that this is not a shop manual or tuning guide. For that, you will want David Vizard’s Tuning the A-Series Engine, of course. But, if you want a comprehensive guide to the types of engine, the cars they were used in, the people behind the design and manufacture of the engine, and much more, then this is your book.

It is fascinating to see the progression of a relatively simple motor over the course of more than half a century. From a utilitarian unit that was designed in somewhat of a hurry, it became one of the long-lived standards due in part to how bulletproof it is. In many ways, this echoes cars like the Mini in which it was used.

The author, Graham Robson is well-known for his  books on Morgan, MG, Jaguar, Mini and many other makes. Here again, he does not disappoint. If you have any interest at all in the cars powered by this Energizer Bunny of an engine, I highly recommend you check out a copy of this book. 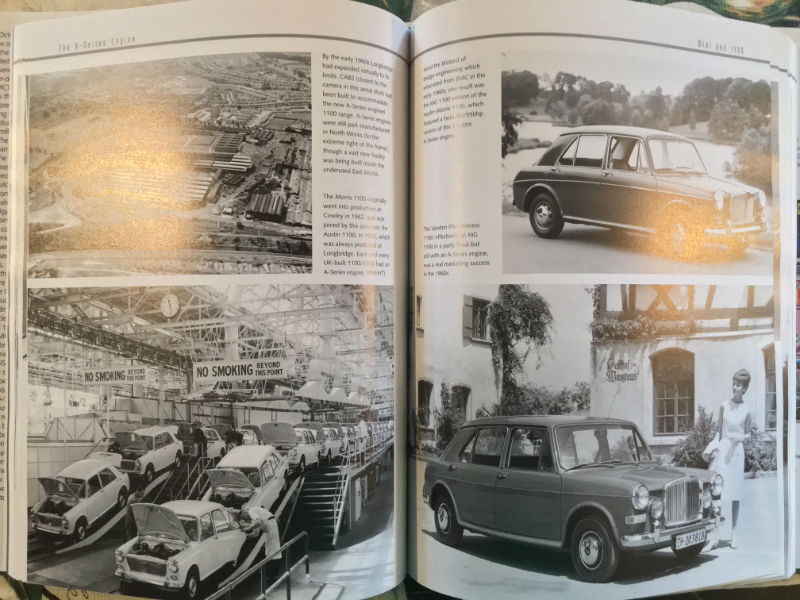 The Great British Rally by Graham Robson is the complete history of British international rally events, starting with the very first RAC rally of 1932, which included 1000 miles of road motoring, when a mere three driving tests were needed to produce a result. By 1951 an international permit had been achieved, a speed element was included, and the ‘Rally of the Tests’ ran until 1960. From 1961, the event took on a number of high-speed, loose-surfaced Special Stages, the Scandinavian influence became clear, and the event took on a World Championship qualification in 1973. In that time, competing cars had progressed from having perhaps 50bhp to at least 300bhp, and even more high-tech machines with 500bhp and four-wheel-drive would follow. Staff

It is with much sadness that we learned today of the passing of author, inaugural British Sports Car Hall of Fame member, and all-around good guy Graham Robson. […]