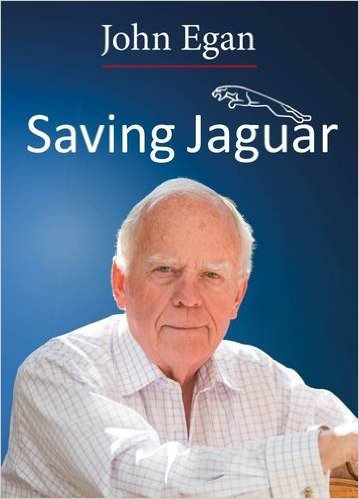 When John Egan arrived at Jaguar Cars in April 1980, newly appointed as Chief Executive, the company’s very survival was in grave doubt. In fact, the situation looked utterly hopeless.

Not only was the once-proud Jaguar company a part of the catastrophic BL Cars but he was greeted at the gates by the workforce – on strike!

The odds against saving Jaguar were immense. Quality was appalling, the workforce bitter, the management disillusioned and it was hemorrhaging money. The Labour Government had introduced the ‘closed shop’, giving the unions and their militant shop stewards immense power.

This book tells the story of how John Egan gradually overcame the odds and, piece by piece, rebuilt this once great company, winning over the workforce, the suppliers, the overseas dealers and, most important of all, the customers. Working initially with BL Chairman Michael Edwardes, and supported by Margaret Thatcher and her Government, Egan and his team of managers overcame every obstacle, every set-back, every challenge.

Again and again, it looked impossible. Yet using innovative techniques, intelligence, plain speaking, openness, motor racing and much more, they saved this most charismatic of companies which has created some of the finest and most cherished motor cars of all time.

It is an amazing story that will appeal equally to car enthusiasts, those in business, Jaguar devotees and readers interested in social history.

Born in Coventry in 1939, Egan studied petroleum engineering at Imperial College London before signing with Shell in the Middle East. After further studying and a stint at AC Delco, he moved to British Leyland. Egan created Unipart parts division as a strong self-standing business. BL was nationalised in 1975; Egan left the year after to join tractor maker Massey Ferguson.

Egan had drive and utter determination, which helped him overcome the various hurdles facing him at Jaguar Cars, successfully privatising the company in 1984 and turning it into a company which was sold to Ford in 1990 for £1.6billion.

Having successfully revived the company and overseen its sale to Ford for £1.6bn in 1990, Sir John became Chief Executive of the British Airports Authority – a position he held until 1999. He also headed up the construction industry task force, producing the Egan Report, Rethinking Construction, in 1998 and Accelerating Change in 2002. He served as President of the CBI from that date until 2004 when he became Chairman of Severn Trent. Among many other roles, he was Chairman of Inchcape plc, Chairman, and later President, of the London Tourist Board, President of the Institute of Management and is Chancellor of Coventry University.

The story of how Sir John Egan rescued Jaguar, though, is that for which he is best remembered. In his new book “Saving Jaguar”, Sir John tells the story of the British car manufacturer from his own perspective, offering insight into the thought processes and decisions which led it to become the company it is today.

Not only is the book an excellent business case study, but it will appeal to fans of social history and motoring enthusiasts alike.

“Saving Jaguar” by Sir John Egan will be launched on Wednesday 22nd July at Coventry University. For more information on this or other books from the same publisher, visit www.porterpress.co.uk.

Note: This is a press release courtesy of the publishers. A full review of the book will be coming up shortly.

September 24, 2014 Staff Articles, Video of the Week Comments Off on VotW – The Quality Connection

Our video this week is a little something different. It is a internal corporate video from British Leyland on the importance of quality in building a car. Some may laugh at this now, but it is obvious that the powers that be at British Leyland knew the had a problem and had to do something to address it. “The Quality Connection” is just such an attempt. If nothing else, view this 24 minute video for all the period cars you will see. And try, just try, not to imagine Eric Idle, John Cleese, or any other of the Monty Python bunch coming out to stop the video as “too serious” or something. It really does look almost like a comedy sketch to us these days, but then history and perspective can do that. Staff

Ford Motor Co.’s Bennie Fowler cheered last week when Jaguar finished in a tie for No. 1 on J.D. Power and Associates’ long-term vehicle dependability study. “I happen to know the guy who was the COO at Jaguar in 2003 when we started making improvements,” said Fowler, who was, indeed, COO of Jaguar in 2003. Today, Fowler is Ford’s group vice president of quality. Back then, Fowler and a team of executives put Ford processes in place at Jaguar to improve quality. Ford sold Jaguar and Land Rover to Tata Group in 2008, but J.D. Power’s dependability study evaluates three-year old, or 2006, models. From Freep.com Staff

An interesting article from The Yuma Sun …. Stan Gourley is a man who obviously loves cars, particularly his 1970 Triumph TR6. The car sits in his garage, partially restored. “You know,” Gourley said, looking at his jasmine yellow car, “it’s really sad to think that in 20 or 30 years this TR-6 would probably be a Chevrolet Camaro or a Pontiac GTO or an Oldsmobile 442.” Gourley, a man who knows British sports cars, explains that he thinks what happened to the British Leyland Co. back in the ’70s and what is occurring to General Motors now is too similar to be ignored. “They were a giant company that dominated the market for British cars in the ’60s and ’70s, but then they had real labor problems, the government nationalized the companies, then guaranteed billions of dollars in bailout […]