Rolls-Royce Motor Cars recently announced that a record number of places are available for the company’s 2017 Apprenticeship Programme. Since the program was launched in 2006, numbers have progressively increased, with 2017 offering a record 20 candidates the opportunity to join the team at the Home of Rolls-Royce in Goodwood, West Sussex.

The Rolls-Royce Motor Cars Apprenticeship Programme provides 16-24-year-olds with the opportunity to learn and develop skills at the Home of the world’s leading luxury manufacturer. The apprenticeships last for up to four years and include college courses that are nationally recognized, alongside on-the-job training at Rolls‑Royce Motor Cars. The program has been designed in conjunction with several local colleges.

Successful applicants will join in August 2017, working alongside specialized craftspeople in leather, wood, paint, engineering and assembly roles. Since the launch of the Apprenticeship Programme in September 2006, over 100 people have joined. Following a successful apprenticeship period, there is an opportunity to develop within the company, with many Apprentices now taking up leadership roles.

We are committed to developing future talent at Rolls-Royce Motor Cars and I am especially pleased that we will welcome a record number of new Apprentices to the business in 2017. The development of artisanal craft skills at our center of excellence, here in West Sussex, has been a hallmark of the first successful chapter in the renaissance of Rolls-Royce Motor Cars. I look forward to welcoming the next generation of talented craftspeople to the Home of Rolls-Royce in the Summer. 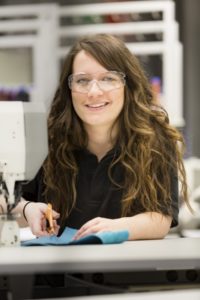 In addition to the Apprenticeship Programme, around 100 university students were employed with the company in 2016 on industrial placements, ranging in duration from six to 12 months. Rolls‑Royce Motor Cars is currently recruiting for positions in 2017. The company also runs a successful Graduate Programme, with new positions made available each year.

Potential candidates for all Rolls-Royce Motor Cars positions should apply online at: www.rolls-roycemotorcars.com/careers

The closing date for Apprentice applications is 13 March 2017.

After announcing the company’s largest apprentice intake in 25 years, Bentley has received more applications to join the programme than ever before. 1,285 people applied for 63 positions, with the successful candidates starting the three-year scheme in September. The second stage of the recruitment process begins now, with assessment centres and interviews taking place throughout the summer. 40 of the apprentices will be working on a newly developed manufacturing programme. A dual education system of learning, 70 per cent of time is dedicated to practical training delivered by Bentley master trainers, themselves with combined industry experience of over 100 years. The remaining 30 per cent of time will be devoted to theoretical learning within chosen professional areas. A further 23 apprentices will be based in business areas at Bentley’s global headquarters in Crewe, including Engineering, Sales and Marketing, Purchasing and […]

Intake of Apprentices at Aston Martin Largest Ever

Aston Martin welcomed its biggest ever intake of apprentices and graduates this week, all ready to start work for the world’s fastest-growing auto brand. With 50 apprentices and 26 graduates reporting for duty at Aston Martin’s Global Headquarters at Gaydon in Warwickshire, this investment in the future workforce underlines the manufacturer’s focus on remaining a competitive and agile business for many years to come. Dr. Andy Palmer, Aston Martin President and Chief Executive Officer, who started his own career as an apprentice, was at Gaydon to greet the new starters. Staff