MG is getting ready to officially launch the MG ZS at the Guangzhou motor show in China next month. With just a few more weeks to go, spy shots of the car have leaked online giving the world a glimpse of what will be seen at the auto expo. 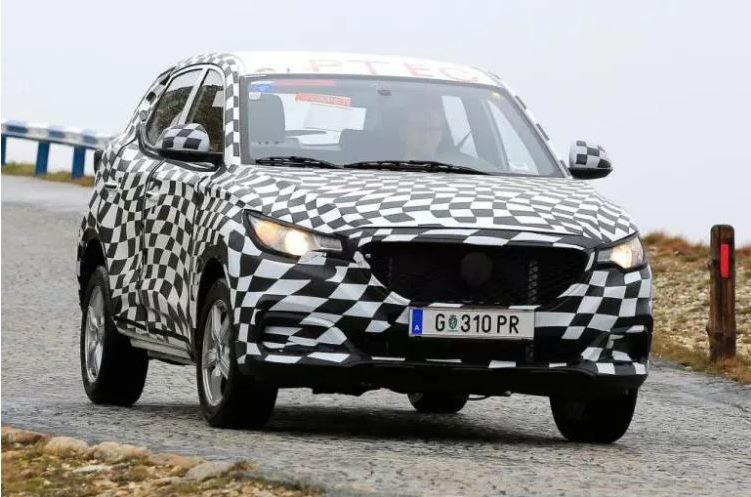 The images give us a complete overview of how the upcoming baby SUV would look like. The ZS will be officially available at the expo on November 18th. The version that is spotted in the spy shots are camouflaged and doesn’t show the best design elements of the car.

It is also evident that the one spotted uses a production body for the first time in many months. With the car being close to launch, the company has finalized the components, design and is all set to send it to production.

Based on information gathered so far, the new model is expected to be powered by a 1.0-liter petrol engine. An optional choice could be the three-cylinder turbo engine which will be part of the MG lineup. The new car which is part of the high-performance sector will use the ZS badge.

While the brand is planning on making the powerful crossover yet, they are also keen to offer fuel efficiency like never before. The new MG ZS should be efficient as the Nissan Qashqai.

Note: Parts of this story originally appeared on Your Single Source for News.

After stealing the 2018 Geneva motor show with the remarkable ‘Vision Concept’, Lagonda has confirmed plans for its first production model: a radical, sector-defining zero-emission SUV. Scheduled to be unveiled in 2021, the Lagonda SUV will be the first luxury SUV exclusively driven by zero emission powertrain technologies and will uphold all the qualities of the reinvented super-luxury marque. Not only will it feature an evolution of the incredibly bold design language first seen with the show-stopping ‘Vision Concept’, the SUV will be built around near-future technologies, such as its advanced Battery Electric drivetrain, making the Lagonda SUV the first of its kind: an ultra-stylish, supremely luxurious, fully electric emission-free vehicle. Staff

UK MG Car Club Hope to Save the Zeds

MG ZR, ZS and ZT cars are quickly disappearing from roads in the UK; with over 78% of the cars ever built now gone. The MG Car Club and Zed Register are hoping to reverse this trend with the launch of Save Our Zeds; a campaign to highlight the decline of Zed MGs and help equip owners with the right tools to keep enjoying and running their cars, rather than consigning them to the scrapheap. Staff

MG Motor UK is pleased to announce a new three-year contract extension with Triple Eight Racing in the Dunlop MSA British Touring Car Championship (BTCC). This new contract will see MG Triple Eight Racing battling it out in this ultra competitive series for more pole positions and manufacturer championship wins until 2018. Matthew Cheyne, Head of Sales and Marketing for MG, said: “We are really excited to be renewing this partnership. The BTCC has given us the opportunity to give our brand some fantastic exposure, so we’re thrilled to be continuing this for another three years. Staff