The McLaren 650S GT3 returned to racing in Australia this weekend with the CAMS Australian GT Championship supporting the 2016 Formula 1 Rolex Australian Grand Prix in Albert Park. Despite a strong field, and a tough opening race, the McLaren GT customer teams soon got to grips with the circuit and tricky conditions, securing a race win and three further podiums. 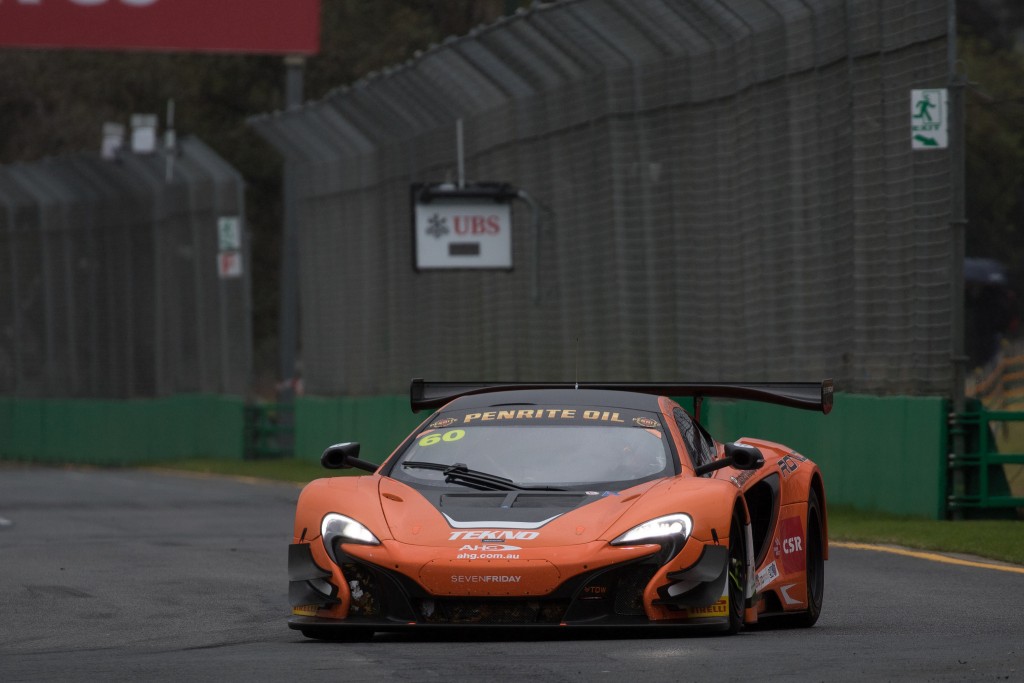 Five examples of the 650S GT3 contested a highly competitive grid over the course of the weekend, which marked the first time the McLaren had raced in Melbourne. With the championship returning to Albert Park for the first time in six years, racing was of the highest levels, and the opening round proved extremely difficult for the McLaren GT customer teams, with Tekno Autosports driver Nathan Morcom the only one to finish in the top 10.

This early setback proved to be short-lived, and the second race of the weekend saw a turn in fortunes as the weather played a part in the final outcome. Greasy conditions after an earlier rain shower saw the grid split between slick and wet Pirelli P Zero tyres, and this decision was to be a key factor in the final outcome. The final result saw Morcom take overall race victory for Tekno Autosports, heading four McLarens in the top five.

The third and fourth races of the weekend were completed in less challenging conditions, but were no less intense or action-packed. Close racing to the chequered flags of each ensured the crowds were not disappointed as the CAMS Australian GT Championship continued to prove itself as one of the most fiercely fought. Customer teams Darrell Lea and Objective Racing secured a podium finish each to complete another strong weekend for the 650S GT3. The weekend results see Klark Quinn now second in the championship with Darrell Lea, while Nathan Morcom and Tekno Autosports lie closely behind in third.

June 15, 2011 Staff Racing and Competition Comments Off on Team Lotus in Deal with General Electric

Formula One’s Team Lotus on Tuesday, 6/14/2011, announced a broad sponsorship deal with General Electric that will see the U.S. industrial giant’s branding on its cars starting from the British Grand Prix in July. Team principal Tony Fernandes, who is also the chief executive of AirAsia, said in a statement the tie-up would showcase GE “in race and non-race markets alike”. The deal comes as Asia’s largest budget airline negotiates a potentially massive plane order with Airbus, for which G is competing with United Technologies unit Pratt & Whitney to supply jet engines. Analysts say the possible order for at least 150 Airbus planes and the related engine order are among the biggest deals expected at the Paris Air Show next week Staff

May 28, 2020 Staff Lotus, Highlights, People, Racing and Competition Comments Off on 60 Years On: Lotus, Stirling Moss, and Formula 1

On May 29, 1960, Sir Stirling Moss drove his Lotus for almost three hours of punishing racing, battling through the rain on the streets of Monte Carlo to win the Monaco Grand Prix. It was the first victory in a Formula 1 world championship race for Lotus. […]

McLaren Collection on Display at Goodwood

This weekend’s Goodwood Festival of Speed will see a collection of McLaren models, displayed statically at McLaren House, adjacent to the famous Goodwood House, and in the Supercar Paddock prepared by McLaren Special Operations (MSO). The bespoke arm of McLaren Automotive has prepared models from the Sports Series, Super Series and Ultimate Series, the three newly-announced model tiers. Each of these celebrate this year’s Festival of Speed ‘Flat-out and Fearless’ theme, highlighting a milestone or ‘moment’ from the history of McLaren, and honouring some of the legendary drivers who have driven for the team over the years. The Ultimate Series is represented by the McLaren P1™, prepared by MSO, with inspiration drawn from the patriotic French livery of the helmet worn by four-time Formula 1 world champion, Alain Prost. Colour-matched to the famous design, the carbon fibre bodywork of the […]