Aston Martin achieved its greatest pre-war racing successes with the 1.5-litre Ulster model and the example carrying registration plate CMC 614 is one of the finest of the 28 surviving today. Recently restored to its 1935 Le Mans specification after more than four decades of post-war track action, CMC 614 is also the most-raced Aston of all time. Aston Martin Ulster – The remarkable history of CMC 614, the fifth title in Porter Press’ Exceptional Cars Series, tells the story of this particular car and, more broadly, Aston Martin’s first 20 years. 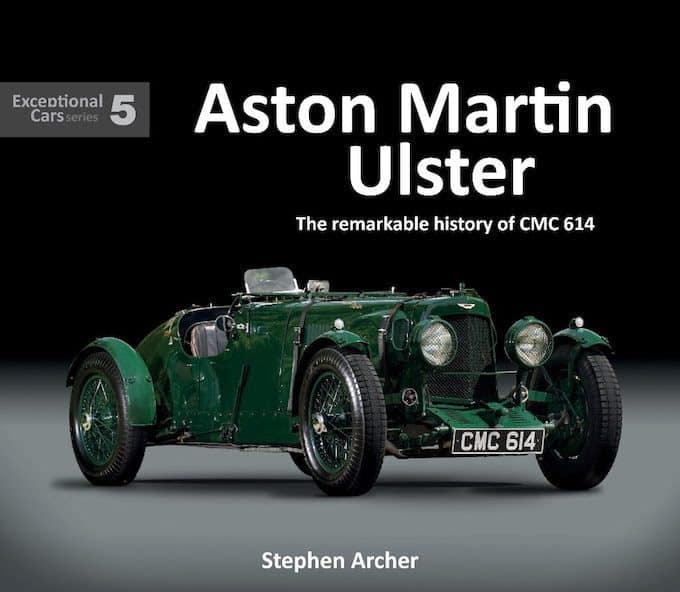 Early Aston Martins gained credibility and prestige by participating in tough long-distance races such as the Brooklands Double-Twelve, the Le Mans 24 Hours, and the Tourist Trophy on the Ards circuit in Ulster where Aston’s 1-2-3 class success in 1934 gave this model its name. CMC 614 was built to the same specification as the factory team cars and participated in the 1935 Le Mans 24 Hours, Mille Miglia, Tourist Trophy and Targa Abruzzo.

Stephen Archer inherited his enthusiasm for and detailed knowledge of Aston Martin from his late father, Alan, who was chairman of the Aston Martin Owners Club. A management consultant and automotive consultant, Stephen has written several books on Aston Martin.

The famous cars made by ERA (English Racing Automobiles) epitomize British motor racing during the 1930s and have a very special place in the affections of patriotic enthusiasts. To honor those cars, J. Mac Hulbert has put together “ERA: The Autobiography of R4D” which is being published by Porter Press. This magnificent book tells the story of a uniquely historic example that has competed almost without a break for 80 years and achieved innumerable successes. R4D was campaigned extensively before and after the Second World War by Raymond Mays, the leading light of the ERA company, before passing through a succession of subsequent owners who have kept this famous car at the forefront of competition to the present day. The extraordinary life of R4D, a formidably powerful and charismatic racing car, is told in fascinating detail in this long-awaited book. […]

At Sir Stirling’s suggestion, Porter Press have reprinted their most popular Scrapbook on the 60th anniversary of his amazing 1955 year which of course included the Mille Miglia win and first GP victory. The first editions are already going up in price; they have limited it to just 900 second edition copies. The first of a series of Stirling Moss scrapbooks which now includes as separate volumes 1926-54, 1956-60, and 1961, the 1955 Scrapbook evokes memories of the heyday of classic motorsport. Stirling Moss is a national treasure. Arguably the world’s greatest all-round racing driver, he was a hero to several generations of schoolboys and enthusiasts throughout the world. Moss is now so iconic his name is often used as a metaphor for “racing driver” – the name alone invokes mental images of speed, bravado, the jet-set lifestyle and a […]

Stirling Moss is one of the greatest sportsman of all time. He was successful in all forms of motor sport but most particularly in Grand Prix racing. The ‘Beckham of his era’, Moss not only dominated the back pages of the newspapers but regularly made the front pages with his glamorous, jet-setting lifestyle in the ’50s. He raced hard; he played hard. He was the James Bond of motorsport. This new work is, to say the least, a serious biography. Author Philip Porter, a personal friend of Sir Stirling, has composed a detailed history of the man. From his parents and their automotive exploits down to the registration numbers of various cars, this new book is encyclopedic in its coverage. But it is no dry account. Just as his life, book is spiced with humour, tragedy and period flavour with liberal […]